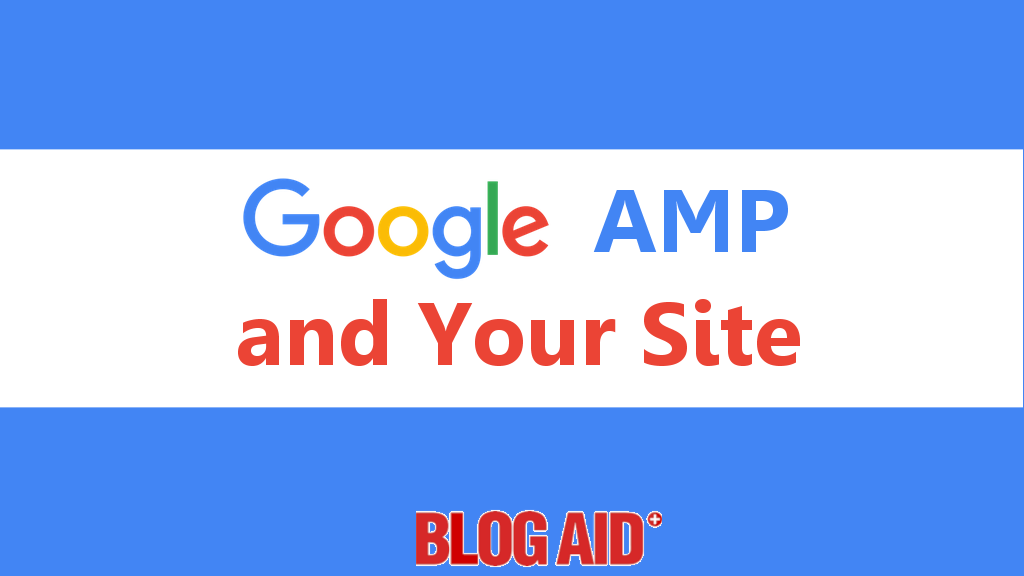 Google’s laser focus on mobile is taking a new direction with the release of AMP. While it promises lightning page delivery on mobile, it comes at a price, including the loss of all interactivity on your site. And that will most definitely impact your bottom line. Here’s my first look at AMP, what it is, how it works, and what it means to the future of online content publishing.

AMP stands for Accelerated Mobile pages. It was developed by Google partially in response to Facebook’s Instant Articles and Apple News. In fact, the whole idea for it sprang up at a conference in May where Facebook’s IA was the big buzz.

Stepping Back in Time

Basically, AMP strips out all of the whistles and bells on your site and delivers a static version of your content.

The first words out of the Draft podcast host’s mouth about it was that it makes your content look like something from 1995 rather than the way the web looks in 2015.

They went on to say that it’s like returning to the m. mobile version lameness, where folks had a separate, plain Jane, mobile version of their site.

Joost de Valk (Yoast plugin fame) is not too impressed with it either. In his weekly roundup he balked at the stripped down nature of it and how it’s not as open source as they claim. (More on the “not so open source” in a moment.)

If your site supports AMP, Google will detect the device of the viewer.

If they are on a cell phone, then the AMP version of the page will be delivered instead of your responsive website page.

Unlike Instant Articles, AMP is designed to be open source, sort of.

Instant Articles opens in Facebook. AMP will open in its own window.

As I mentioned, the AMP version has its own tags for things like images and embeds.

There’s a WordPress plugin available to convert your content into these acceptable tags, but it doesn’t convert everything. And everything is not supported.

Guess which video embeds are supported natively. Yep, YouTube videos, and not with the iFrame code either.

It will support Twitter embeds. That includes tweets and Vines, I think. Still checking on exactly what tags are available.

For ads, there is a special AMP tag. Hey, you know Google isn’t about to kill off AdWords, right? AMP doesn’t support any type of JavaScript, so the ads will be run inside an iFrame. There are only 5 ad networks supported right now, but development in this area is a top priority.

(Open source my ass, Google. Exclusive tags to only your own stuff, or your bedded partners is not my idea of open.)

It’s unclear to me whether you can embed videos that use iFrame. I’m still trying to get details on this iFrame sandbox thing for ads, and whether it will work for videos.

Otherwise, videos from Blab, Periscope, and other live stream replays are out. You’ll have to upload them to YouTube first, which isn’t a bad idea anyway, but definitely more work.

You can also forget embeds from SoundCloud and other podcast hosts.

And since AMP has its own image tags, that premium Pinterest plugin you have for getting more clicks on some images and not others won’t work either. (We don’t have details yet on how Pinterest will integrate with AMP yet.)

Those little scroll up and triggered optin boxes won’t work either. Neither will in your face pop ups.

AMP kills JavaScript. That means all of your interactive plugins are toast.

And no animation will be allowed either.

Full tracking and analytics are toast on AMP too. They have a tracking pixel, so it’s basically like a hit counter. But, they are working on some minor integration with Google Analytics.

Your theme’s design won’t flow through automatically either. You have to create a new design for it, much like we used to do for a separate mobile theme. The CSS (styling) for it is quite limited too. Another step back in time.

AMP will kill your conversion unless you place your CTA directly in the content.

Stripped to the Bones for Speed

Keep in mind this is all about mobile. And that means it’s all about speed.

Google will deliver a static version of just your content and its images and few supported embeds.

And that static version is cached on Google’s servers.

The delivery is lightning fast, and I do mean lightning.

Why AMP Will Catch On

Mobile viewers are going to get spoiled rotten by visiting sites that have AMP.

Why You Need to Care About AMP

With all of the caveats and retro features of AMP, it will definitely have one impact that you can’t overcome any other way except to use it.

If you’re a lifestyle blogger with lots of big images and ads on your site, and you depend on Pinterest shares and ad clicks, then AMP spells your doom.

AMP spoiled viewers aren’t going to wait on desktop for 20+ seconds to see a site plastered with blinking ads, pop ups, and anything else that distracts from the content.

What You Need to Do Now

Just know that AMP is coming and make plans for it in the coming year, especially if you plan on a site redesign.

We’re stepping back in time with having to create a parallel site instead of using the fully responsive theme we paid so much to have, just to be in compliance with Google’s mobile friendly edict.

Google hasn’t made it a ranking factor – yet. That day may come, much like they quickly started giving preference to https sites not long after they announced their wish to make the web a safer place.

A post on The Guardian had this to say about it AMP:

“AMP is a bit like that gun-jamming technology: it immediately puts an end to the ad-tech arms race which has turned the mobile web into an utter misery for hundreds of millions of consumers.”

That quote was right next to a blinking ad embedded in their content, which would not appear on an AMPed version of the post.

Want to know more about AMP?

Read Get AMP’d: Here’s what publishers need to know about Google’s new plan to speed up your website which +Mark Traphagen refers to as “most incisive article I’ve seen so far on the implications of AMP not only for publishers, but for the Web itself.”

Also follow +Ana Hoffman who was the first person I saw to break the news.