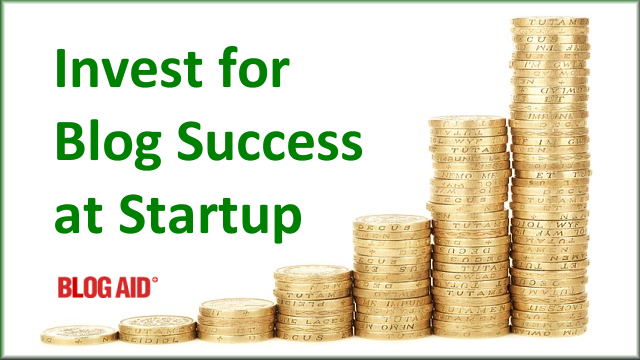 All businesses require startup costs. A money-making blog is no different.

See why I was willing to invest so much into my success right up front, and why I’m 100% positive it will pay off big.

In the previous post in this series of turning a hobby site into a money-maker, I told you about the initial investment I had made of $1k to get the tools and other big ticket items I needed to start building my workshop.

I thought I was done with the big spending and ready to get going.

The shop already had one sheetrocked wall that I had planned to use as the backdrop for my videos and still shots.

And, I planned to use my old iPhone 5S for the camera. I already had a wired lavalier mic from back in the day when mobile video was the only way to do streaming to Facebook and other social platforms.

It only took one video shoot to realize that none of this was going to work.

The picture was grainy.

The lighting was bad.

The sound was awful.

And the motley shop wall and floor were even nastier looking on video.

I Tried Everything to Make it Work

I hung one of my blue nylon tarps over the wall and just tried to keep the floor out of the picture.

I got more LED bar lights.

I tried three different ways to get better picture and sound quality.

I even tried to deep clean the major oil spots on the floor.

None of it worked.

I was so disappointed that I would have to invest more money and more time into getting the shop up to par.

That meant hiring pros to do a deep clean on the floor and cover with an epoxy paint. The quotes for that work ranged from $700-$1200!! And that was for only the part of the garage I would using for the shop.

For the wall, I’ve got plenty of practice with drywall and mudding, so I would redo it myself.

And while that sounds cheaper than hiring a handyman, it still cost me.

All of the time I had to spend on remodeling the shop was time I was losing at my desk with BlogAid.

I’m self employed. I don’t get paid days off. So that meant double duty and working into the late evenings.

And, since it was January, there were only scattered days when it was warm enough to do mudding and painting.

So, I literally had to run my normal work schedule around the weather.

Plus, the floor guys had to run their schedule around the weather too. It had to be both warm and dry enough. And during this super wet winter, that was a tall order.

You can see this post on Heartwood Art about Turning a Garage into a Money Making Woodworking Shop for all the details of the remodel, including the before and after shots of just how bad things were and how great they look now.

I researched getting a new phone so I could make better videos.

Turns out that my current 5S phone is worthless for trade-in. And that meant pulling out $900-$1,000 for a new phone.

All I do with my phone is make phone calls and use Google Maps for driving directions.

I do everything else on my iPad.

And, while a new phone might give me a better camera, it didn’t address the new mic I needed to.

A corded lav is just not going to work in a shop environment.

So, I started doing my research for the best video and still-shot camera and boom mic.

I wasn’t too crazy about DSLR cameras, and I’m so glad I didn’t get one back in the day when I was still doing carvings.

The new mirrorless digital cameras are so much better.

I discovered that the Canon M50 would suit me perfectly.

And when I had been shopping for better mics that would work with the phone, I discovered the Rode VideoMic GO would likely be my best bet.

I was thrilled to find a sweet combo deal on them.

And yes, I will have a post on them, with affiliate links over on Heartwood Art.

It was still expensive, but well worth it for me to get super video and still shots.

Everything with my new site depends on great visuals.

And all of my build, tutorials, and tool reviews depend on super audio too.

My shop is never going to be HGTV.

But I can’t afford to have so many distractions, both in the optics and audio, competing with the info I’m trying to get out there.

It doesn’t have to be fancy, it has to be clean. All of it.

Show Me the Money

For the wall redo, between mud, primer, paint, and supplies, was $313.

That was a LOT to spend in a month where I had already hit the limit on my budget.

But, there was no going forward without this additional investment.

And I honestly could not afford to wait, as I could not disrupt my schedule with BlogAid in the coming months, nor miss the early spring weather to get going with the shop projects.

All of this setback cost me the month of January for posting too.

No posts, no traffic, no money.

I now had all of my new tools to learn about.

(I’ve never used a brad nailer or an impact driver.)

I’m a total photog newb, so I had a LOT to learn about my new camera.

To take advantage of holiday specials, I had signed up for new courses on Pinterest and Instagram, so I had those to take too.

And, I needed to learn a few new carpentry skills.

I have never built a mitre saw bench, or a wood storage system, and I didn’t have the first clue about things like load capacity on different caster sizes to make everything mobile. I had never joined wood with pocket holes either.

Plus, since I had to build EVERYTHING for the shop, I wanted to coordinate all the different benches, and think through how I would be using them in combo.

Needless to say, I was going to be spending more time researching and reading about shop stuff than actually doing anything in it.

And then more time trying out new stuff than producing finished products.

That included new video production methods, and setting up all the social media platforms, including graphics and such too.

So, the costs for February would be mostly in time.

And that meant doubling up again with BlogAid and more late nights.

But all that research paid off!!

In the next edition, I’ll share with you the thinking behind my editorial calendar and how I finally overcame the chicken/egg dilemma of what to build and post first.