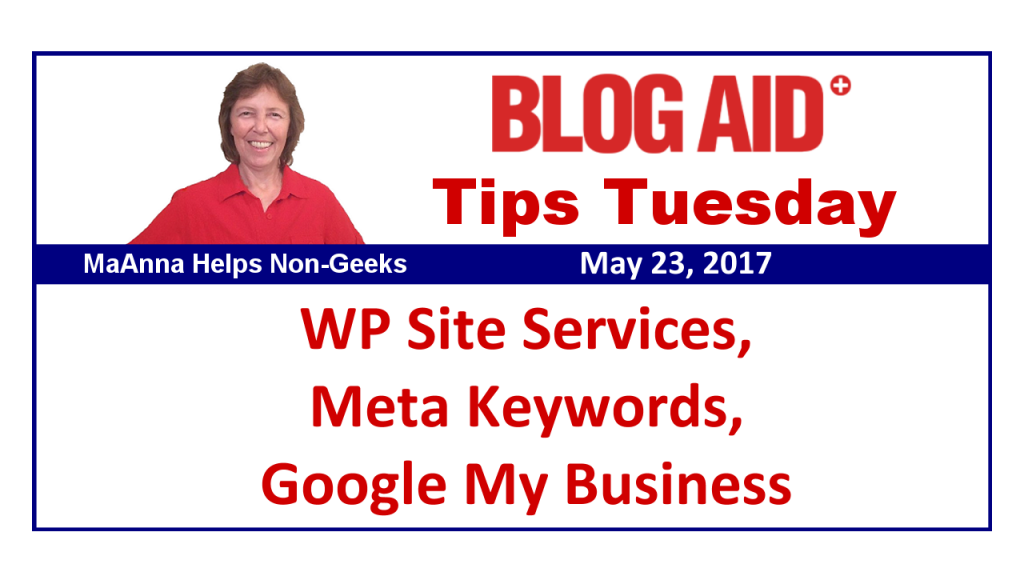 Listen to the podcast

I’ve opened a new service to help DIY site owners test their backups to ensure they are actually getting everything they need and that the backup files are actually good.

It’s way more than dangerous to blinding trust that you can fully restore your site from your backup files, I don’t care who you use for your backup.

If you don’t believe me, you can ask my favorite hack repair specialist and fix-it guy Makis of FixMyWP how often site owners just thought they had a good backup.

Not having all of the files you need, or not having access to a backup from far enough back has broken the heart of hacked site owners. They had to start from scratch, or go through a very lengthy and expensive piecemeal rebuilding process. And all the while their site was down.

That’s why I’ve opened this service. Because you HAVE to know that your backup is good.

“Install WordPress in just 5 minutes with 1 click.” We’ve all heard that for years.

The trouble is, while it may be easy, it’s certainly not a good idea.

Sure, the database is created for you, and WordPress files are installed and connected to that database, but the setup is nowhere near complete.

Even worse, it’s nowhere near secure.

Starting a new site? Get a real turnkey install that is fully secured.

Already have a site? Get it secured down to the core.

And you can get rid of those behemoth security plugins too.

This lack of security is something I already catch during site audits. But now I’m opening it up as a separate service so new site owners can take advantage of it too.

Plugins are the beauty and the bane of running a WordPress site.

On one hand they can make it so much more functional.

On the other hand, they can

That’s why I created a new live chat service for a plugin review so we can look over your list of them together.

And if you need to change out some of them, I have a new way for us to easily find where they are used.

Search the Database for Where WordPress Plugins are Used

I hope you saw my post last week about an easy way to find where plugins are being used in your site content.

You just query the database for the unique code or tag is uses.

Now, this is a more techie thing to do, so you’ll want a webmaster to do it for you.

If you’re a designer or maintain sites for clients, you can learn how to do this in Level 2 of the Webmaster Training courses.

Plus, the other tutorials in that Level will quickly get you past the fear of working with the database. It’s not so scary when you know what you’re doing. All you need is a way to learn about it in plain English.

In Level 1 of that course, I show you how to set up a sandbox site so you can play and practice and blow things up to your heart’s content, so you don’t have to worry about hurting a live production site too.

Since I gave up on BackupBuddy as both a way to backup sites and migrate them, and now that new VaultPress backup service accounts require JetPack, I’ve turned my attention to the UpdraftPlus plugins.

I’m in the process of making a new tutorial series for both DIY site owners and Webmasters.

They will cover how to:

The majority of this series will be available to the public.

But the more techie ones will only be available in the Webmaster Training courses membership site because they require you to work with the files and the database or set up a sandbox test site from scratch.

I’ll keep you posted on when the series launches.

We’re coming to the end of our challenge to find the old plugins on our sites.

Thank you so much to those who jumped right in and participated!!

There’s still time for you to easily check the plugins on your site for:

And contribute to the running list we have for them.

And, you’ll find a link to join our after party where we can go over the plugins we found and you can ask any questions you like too. It’s free time with a site expert, so do make use of it!

WordPress has started running TV ads. It’s about time, and they kind of have to.

Wix has been running ads all over the place, including TV, YouTube and more. Their ad budget is $160 million, according to the conversation I had with WordPress co-founder, Matt Mullenweg.

I want to thank webmaster Larry Snow of Security Marketing Solutions for the heads up on this.

The security team at WordPress has been privately working on this for about a year, and now they’ve publicly announced that they have partnered with the HackerOne platform.

It’s a place where security folks can research and report issues in the core code.

And, they can now offer a bug bounty to pay ethical hackers for helping them find security issues.

Because there are so many more folks working on WordPress security now, we will likely see more frequent minor updates released too.

But, it could suddenly give you a false impression of WordPress as well.

It’s not that there are more security issues, it’s that more of them are being addressed faster. And they will roll out smaller bug scrubs more frequently.

Here’s an interview with the WordPress security lead about the move to HackerOne if you want to read more.

You may recall in recent Tips Tuesdays I’ve been mentioning the new widgets coming in WordPress 4.8 next month.

Well, in developing those widgets, they discovered the underlying code for MediaElement.js no longer supporting the WMV and WMA video/audio files. Those only play on Windows enabled devices or with the Silverlight plugin installed, I think. And that plugin hasn’t been supported on Chrome and FireFox in a long time.

So, they’re going to remove support for it in WordPress too.

If you’re using those formats and you have a video or audio player for them on your site, best check to see if the player is going to include the special coding needed to still work before you update to WP 4.8.

And, you’ll definitely want to start encoding for mp3 and mp4 from now on too.

The WP devs continue to tweak on the look of the admin pages. They will return to an H1 tag for the top of the page title.

Look for a slew of updates over this little tweak for all plugins that have their own admin pages. Those updates may only show up after you updated to 4.8.

Meta Keywords: Why we don’t use them

I so hope you’ve stopped using meta keywords. That is so 2009.

But if you still need convincing that they are a waste of time, see this post from Yoast.

A Walkthrough of Google My Business

If you have a brick and mortar, you most definitely need to claim your listing on Google My Business.

The folks at WPMU have a nice walkthrough for you, which includes the newest integration and features.

If you have a service area, but don’t want to list a street address publicly, you can do that too. You will need to publicly list a phone number, though. Google Voice is a good choice for that. The article has a link where you can get more info on the specifics of listing a service area.

I’ve seriously thought about listing BlogAid. But I have a global audience and I’m concerned that listing a service area may limit me. Maybe folks will think that I only service that area. But maybe I’m missing out on a lot of local business by not doing it.

Honestly, I had tried tapping the local biz scene, but I found they are not at the cutting edge of site ownership that most of my clients are. In fact, they seemed to me to be 5 years behind the times or at such a basic level of misunderstanding of what their site could do for them that I didn’t find it fruitful to explore further. Maybe that’s changed, or maybe I was just looking for love in all the wrong places.

What do you think about using Google My Business for a service area?

Thrive Themes: What we’re working on

The folks over at Thrive have been a little quite lately. That’s because they’ve been completely revamping their Thrive Builder with a new interface, and LOTS of new features.

They’ve released a little sneak peek for you if you want to have a look.

I like some of the Thrive plugins. I’m using the Ovation testimonials on both the Webmaster Training and the BlogAid Learning Center sites for the nice things folks are saying about my courses.

And I’m about to try out the new Ribbon pop up on BlogAid to ensure everyone knows about the latest new service, or workshop I have going.

I have never considered the Thrive interface intuitive, so I’m glad to hear they have rebuilt it.

But what I am super, duper impressed by with Thrive is their business model. They have done an outstanding job of building a super product for a specific niche, then listening to their users for improvements. And they’ve continued to build new products based directly on that feedback too.

Another new offer from all of their plugin users is Thrive University. Those are courses worth paying for. They teach you way more than just how to get the most out of the plugins. They are a super way to learn the basics of marketing as well.

Why You Should Be Running PHP7

If you haven’t made the switch to PHP7 yet, you’ve still got time before all hosts and even WP force you to do it.

Jump ahead of this curve so you don’t have to do it under duress.

See this post from WPExplorer about all the benefits of PHP7.

And then jump on over to my Seriously Old Plugin Challenge and see how to check your site for PHP7 compatibility and then how to get rid of the offending plugins that are not compatible.

Find these tips helpful? Share them with your peeps!!!!