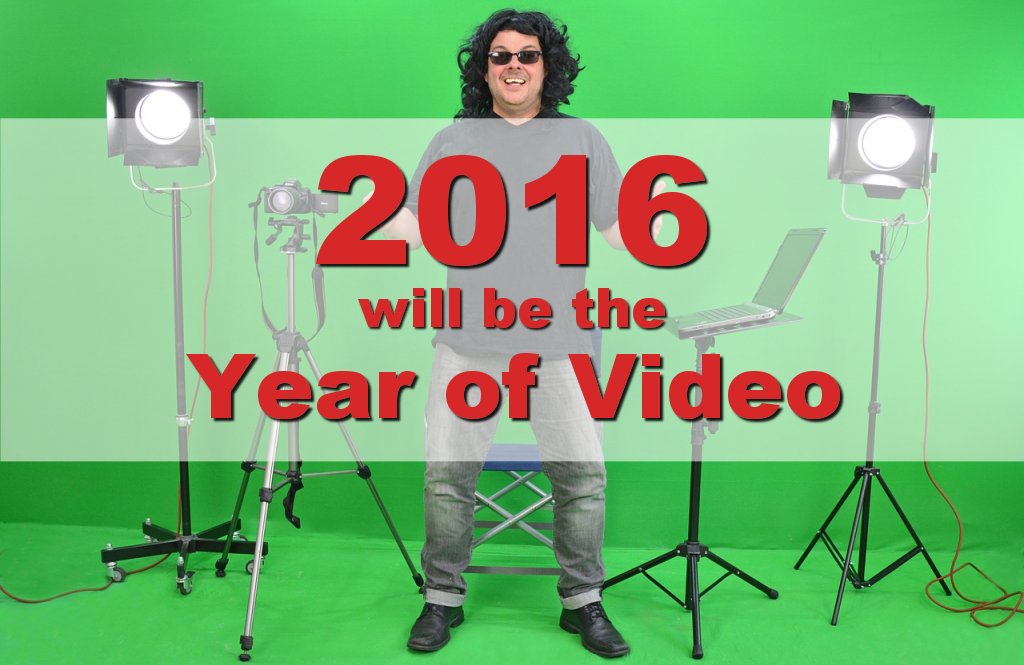 Video is HOT. And it’s getting hotter by the minute. It is quickly becoming a preferred method of content consumption.

Vlogging and live-streaming are the best business tools on the planet. They give your audience intimate access to you in a way that can feel as comfortable as an in-person meeting.

See why video will explode in 2016 and ways you can get on the hottest content marketing and relationship building train.

Video by the Numbers

Over half, for a total of 8 of the 13 digital marketers predicted that video, especially live-streaming, will be at the forefront of content marketing and B2C relationship development.

Why is Video So Hot?

Here are just a few reasons why video is gaining such popularity.

While YouTube continues its video dominance, other established social media platforms are jumping on the video bandwagon.

New live streaming platforms like Blab and Periscope quickly caught on in 2015 with both viewers and show hosts.

In fact, many podcasters and Hangout on Air hosts moved their shows to Blab. That includes top producers like +Michael Stelzner of Social Media Examiner and +Joel Comm of InfoMedia.

Because of the uproar over Blab’s simplicity, and subsequent HOA exodus, Google has revamped Hangouts to have a Video Call feature that is much simpler to use.

Periscope and even Twitter videos are known as one-to-many broadcasts.

They are a great way for content creators to repurpose quick tips and repurpose their content onto more platforms.

Blabs and HOAs are where conversations happen.

The viewer community can be directly involved, ask questions, and become part of the show by jumping into the video live too.

As a site owner, you can get double bang for the buck by embedding videos on your site too.

By adding show notes and links, you can get even more SEO juice. That’s critically important because Google bots can’t index video content yet.

Video can turn your blog into a face-time vlog and give visitors a far better sense of who you are.

Site visitors are a lot more likely to do business with someone they feel they know. And face-time video is the shortest route to achieve that goal.

One Word About Embedding Video

Some video embeds can come at a performance cost. That’s especially true of embedded Blabs, or on pages with lots of videos.

It’s worth the cost to ensure that your site is running at peak performance and to consider investing in some type of video accelerator.

Get on the Video Bandwagon

Face to face interaction is the best business tool you have.

If you’re not on camera in some way already, make that happen!!!!! Or get left behind.

What you can do to get on the video bandwagon

A lot of seasoned actors hate to watch themselves on film. So, if watching yourself on video makes you crazy, then don’t do it.

And I guarantee that nobody cares about what you’re wearing or if you have a few hairs out of place. Go watch a few videos of others. Notice that you care way more about the information they are delivering than what they have on that day.

What are your video making plans for 2016?