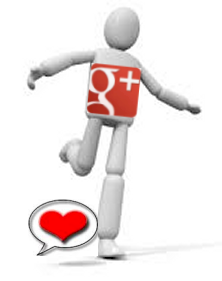 I’ve had CommentLuv Premium on a trial run for the last several months. It definitely had an impact on the number and type of comments I received on my blog. It’s also caused me a lot of work, which I wasn’t expecting. I’ve decided to remove it and in this post I’ll tell you why, along with tips for how to. And, I’ll give the skinny on the new Google Plus Comments plugin that everyone is talking about and why you don’t want to install it yet, the hurdles it will have to overcome, and why it promises to be a game changer like no other.

Why I Installed CommentLuv

I’ve heard so many great things about CommentLuv from people that I respect that I finally decided to install it myself. Those folks include top bloggers like Kristi Hines, Ileane Smith, and Ana Hoffman.

I made my comments DoFollow and even gave folks the option to include a link to their Twitter profile. Once I saw the interface, I ran straight to Christine Cobbs helpful video to get it set up properly. I wanted to know what I was doing and why, and she, and her guest, Regina Smola, did a wonderful job of delivering that info.

Within a couple of weeks I was seeing a sustained ramp up of comments on my blog. Unfortunately, a lot of them were either straight out spam, or looked spammy. Worse, I honestly couldn’t tell if some of them were spam or not.

Yes, I had more comments, but I also suddenly had a lot of new moderation work on my hands. The spam filter was catching them, but I actually had to read through them and spend time deciding if it was real or just someone trying to get their quota so their links would show.

I also started receiving more comments simply because of the content I was putting out and the new friends I had made over on G+. There was no doubt they were real people who left interesting comments and contributed greatly to the conversation.

More importantly, I believe they would have left the comment
with or without the CommentLuv sugar.

I searched for other opinions all over the Internet and found there were just as many people for using CommentLuv as against, and all had valid reasoning, and data to back up what they were saying. In other words, I was more informed than when I started that search, but no closer to understanding whether the outbound links were a good or bad thing.

My site must have gotten listed on one of those DoFollow posts and the spam went through the roof. That alone was enough to make me want to remove CommentLuv. So I did. And no telling how long it will take for my site to come off that horrid list of spammers just looking for easy links.

A few weeks ago, Google released G+ Comments for Blogger. It took less than a week for a developer to hack the code and make a plugin for WordPress. More developers are working on it too, and some have even hard coded it into their site.

But, there are some major issues with it. For starters, you’ll never be notified when someone leaves a comment. Second, there is no spam filter. So, you’d have to check all of your posts all of the time to moderate. That’s a no-can-do for most everyone.

There are plenty of other serious implications too. Here’s one of the original discussions on it and here’s another. There’s even a G+ Comments Community for it.

Thanks, But I’ll Wait

Keep in mind that Google made the original code for Blogger, which is another of its products. WordPress has an entirely different commenting system. So, it will be a while before the developers work out all of the bugs and caveats.

One of the main hurdles I hope the developers can overcome is exclusivity. There will have to be some kind of login, just as there is now for regular WordPress comments, but it shouldn’t be exclusive to have to sign into G+ first. And, it should play well with the native comment system.

The other hurdle is that you don’t give up control over the content and can back up your comments along with your site. Both are big hurdles, especially the last one.

If the developers can do either or both of these things, it will set the G+ Comment System way above the other options out there. (The exclusivity issue is what plagues Facebook Comments and Disqus.)

With the way it will cross-pollenate the conversation between your site and G+, and beyond, it will be a game changer.

Not If, But When

An official, fully functional version of a G+ Comment plugin is on the way. And like all plugins, there will likely be several from different developers, all with various functionality (and bugs).

So, it’s not if, it’s when. And now that CommentLuv is off my site, I’m ready.

Before you make any major change to your site, do a full backup and download the .zip file!

Because CommentLuv integrates into the database, I was concerned about what it would take to entirely remove it. I was delightfully surprised to discover that it’s as easy as deactivating and deleting the plugin. I did check my database and there is no residual left of the links. There is very little info on the Internet for removing it, and only a couple of old posts that tell you how to scrub your database using MySQL queries. I was prepared to do that, but happy I didn’t have to.

I also reinstalled G.A.S.P., which is a super companion to Akismet, and is made by the same developer as CommentLuv, Andy Bailey.

CommentLuv worked as advertised, and may be a super plugin for some, including folks I respect. It’s just not for me.

I’m testing hack versions of the new G+ Comments code on a sandbox site. And, I’m keeping close watch on the conversations about it. I’ll be sure to keep you posted. And if you want to ensure that you see those posts, do two things. First, Circle me on G+. Second, subscribe to my blog posts. That way you’ll be sure to stay in the know.