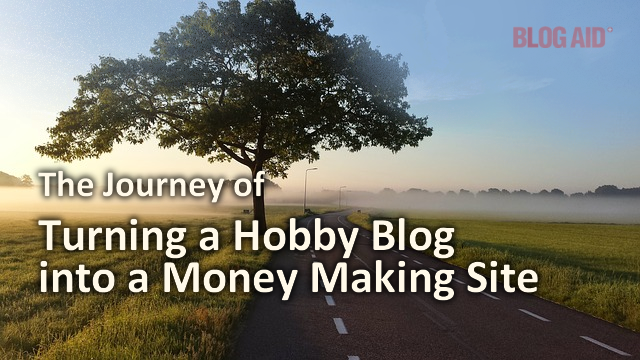 I’m documenting the process of turning my hobby carving site into a money-making, mass appeal, woodworking and wood art site.

I’ll be sharing the details of the process including the money, the wins, the setbacks, and everything in between.

I hope you’ll follow along on this journey and that it inspires and helps you with your site journey too.

I started Heartwood Art in 2007 as a way to share my wood carving hobby with my friends all over the world.

Back then, Twitter was a super way to meet other carvers and woodworkers and I was having a blast with it.

Being a teacher at heart, I began documenting the steps it took to create the unique tree carvings I had been inspired to make.

Little did I know that no one else in the world had ever tried to combine scrollsaw and relief carving the way I had.

Near the end of 2008, around the time my first book was published, a magazine writer contacted me and asked if I would like to be featured in Scrollsaw Woodworking and Crafts.

And so began my relationship with Fox Chapel Publishing – THE top publisher in all woodworking magazines and books.

That led to me being featured in the other magazine – WoodCarving Illustrated.

And then a 6 page, paid tutorial in the magazine the following year.

Unfortunately, I had a shoulder injury as I was in the middle of that carving. I was taking cortisone shots just to bear doing the intricate work.

Later that year I had surgery to remove the extra bit of bone that was causing the issue. Of course, that knocked me out of carving for at least the next 6 months.

Everything Else Took Off Too

Like most publishers, Fox Chapel Publishing was interested in the fact that I knew marketing, especially online marketing.

They were also delighted that I was already a published author.

A book deal was laid on the table.

But by that time I was doing my second lecture tour for my first book, thanks to Dan Brown’s The Lost Symbol  shooting to the top of the best seller’s list. His book covered some of the very stuff and people and organizations I talked about in my book.

And BlogAid was finally catching fire.

Keep in mind that I still had a full time job as an electronics engineer on the road at that time too.

I had to put my carving hobby on the back burner.

My thinking was, “It’s evergreen. The book deal will always be there. I’ll circle back once I only have one job again and more time.”

Yeah, I did a wood art piece or two during that interim, but I never really devoted myself to making a business out of it.

I let all of my momentum and audience go.

And as far as I know, the book deal went too.

Figuring Out How to Make Money with the Site

It’s not that I didn’t want to turn it from a hobby to a money making site all that time.

It’s that I couldn’t figure out how to do it.

You may not know that I’m also a multi-instrumentalist and composer and I had music playing in 14 countries at one time.

Going into the business of music nearly ruined it for me.

Going into the business of books wasn’t much better.

I was dead set against taking my carving hobby down that road.

So, how could I turn the site into a money maker without having to do carvings that would be of mass appeal or a teaching opportunity? How could I keep my hobby a thing of sheer inspiration?

I thought I had it figured out a couple of times.

I would do carvings when I wanted.

And the rest of the time I would do posts on other carvers, and art/techniques that inspired me. And maybe throw in a tool review for good measure.

But I never heard what I call a “holy yes” on that idea.

Then it Hit Me

BlogAid became a hit and I was able to quit my day job.

I finally had just one job again, which meant I had spare time on my hands.

And I wanted to carve!!

But, I didn’t want to do trees. I had done that. I wanted to explore something new.

While poking around Pinterest for inspiration, I saw a Celtic knot pendant.

I’ve always loved Celtic art, and the underlying geometry that goes with it.

And that led me to one of my other inspirations – Gothic tracery.

There! That was it!!

I wanted to do every kind of rose window and arch carving I could!

And that sent me to my drawing table to remember everything I knew about geometry.

And that led me down a whole other tangent.

I spent the next 9 months drawing – and loving every minute of it!!

I’ll probably make another business of teaching that someday too, but back to the wood site story.

Eventually that journey led me to making quilt patterns in wood. I was hooked!!

But I needed a place for a shop so I could make these big wood art pieces and the rental just wasn’t laid out well for that.

I Bought a House

In 2016 I sold my over-sized house in Nashville and moved to a rental in Clarksville until I could figure out where in the world I wanted to be next. With BlogAid, I can work anywhere there is high speed internet.

But nowhere else was calling to me, so I stayed for 2 years. And I liked it. And I saw the signs that buying here was an extremely good investment.

So, in late 2018, that’s exactly what I did. The hunt was 6 solid months of stress. The remodel on the new place was another full month of stress. And the whole year with BlogAid and site related things was a fiery ball of stress.

There was zero time for woodworking. But I was dedicated to making it a priority in 2019.

So, that had a LOT to do with the criteria for the house I chose.

The main floor was a perfect size for me and the dog with rooms for my music studio and an office with French doors opening to a deck.

The entire downstairs basement was perfect for my new wood endeavor.

Half of the super large, 2 car garage would be my workshop.

And the one finished room would be perfect for all other art work, and drawing, and carving.

Hurry Up and Wait

I had a conversation with my CPA about opening this new business.

And we agreed that it would be best to wait until January 2019 before making major tool and other purchases, so I would have the full year to write them off.

So, for two months I made a detailed, strategic business plan of purchases, production, and an editorial calendar for the blog.

And that’s what I’ll cover in the next post of this journey.