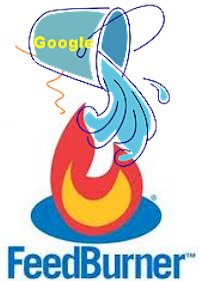 Google will shut down its popular RSS feed reader service in one week on July 1, 2013. The initial news in March only fueled the flames of rumors that Feedburner might be next to get the ax. Mashable reports that 8 million users have switched to Feedly for their RSS subscriptions as a substitute for Google Reader. Many sites, including BlogAid, have taken the opportunity to switch their RSS to email subscriptions to an email delivery system such as MailChimp, not only to hedge from losing Google Reader subscribers, but to cut dependence on the uncertain future of FeedBurner. And podcast producers are at risk of losing Feedburner as their delivery service to iTunes as well. Find out what you need to know about these changes and how they will affect your site and traffic for the rest of the year.

I follow over 100 blogs each week to keep up with my industry, which is WordPress and online marketing. All of those blogs post multiple times a week, and some post up to 20 times a week. In other words, I was a Google Reader power user. There’s no way I could handle that amount of posts via email subscription.

The popular alternative has been to switch to Feedly. They jumped on the shutdown news from Google immediately and created a one-click Google Reader Import service. (It took less than a minute to complete my huge import.) And, they also have mobile apps for both Apple and Android devices. Plus, they even created a title-only view that pleased a lot of Google Reader fans, including me. Plus, they already have a more visual view mode that is similar to Flipboard.

FeedBurner’s Role in All This

Back in August, I wrote a post on Google deprecating the FeedBurner API, which sent rumors flying about whether it was a sign that Google would shut down FeedBurner. Those rumors were justified because previously Google had shutdown the Translate API, and the FeedBurner Twitter account, as well as the Adsense for Feeds blog, the last two without warning. So, it looked for all the world like FeedBurner was in a controlled shutdown.

Reading the writing on the wall, a lot of folks began promoting alternative means to deliver blog posts to readers, mainly in the form of RSS to Email subscriptions. In fact, it prompted me to create the Ultimate Feedburner Alternatives Guide for RSS and Email resource that you can download for free.

Because my Email service of choice is MailChimp, I then created the How to Export FeedBurner Subscribers to MailChimp RSS to Email guide, which you also download.

After that, I created an entire MailChimp Video Course that included every step in setting up an RSS to email subscription as either stand-alone or as a segment of an existing list.

Yeah, I was that convinced that Feedburner was going bye-bye.

Then the Big News

And then the news came in March that Google would be shutting down Google Reader. That only gave online marketers a few months to convert their readers. So I immediately got out two posts to encourage that process and help them do it. The first is titled Google Reader Shutdown Heralds the Rise of RSS to Email and G+ Users and the second is titled Promote Your RSS to Email Before Google Reader Shuts Down.

You Only Have a Little Time Left

If you haven’t started your campaign to encourage more of your subscribers to receive your blog posts via email, you only have one week before Google Reader shuts down. But, if you are sending your subscriptions via Feedburner, it is not shutting down, yet.

I still firmly believe that Feedburner will not survive. Google is doing everything it can to get folks on the G+ network. It wants you to follow folks who write great content there. The metrics of +1s and shares Google gathers there is a super way for them to index how popular content is. And, it’s a better indicator than an RSS feed subscriber count ever will be.

No one knows if or when Feedburner will shut down. I do know a couple of top-notch podcasters, like Cliff Ravenscraft of the Podcast Answerman who has said lately that he has a backup plan in place, but is not jumping the Feedburner ship just yet. And if he does, he’ll be making that plan available to everyone. A lot of podcasters rely on Feedburner to correctly format their podcast info for iTunes. So, the loss of Feedburner would be a big deal to them. I used that method too, but have since switched to the Blubrry Powerpress Podcasting plugin. (FYI, Cliff says that’s not part of his backup plan.)

Do you use Google Reader or Feedburner? Have you made any changes to your subscriptions as either a reader or a content creator?