Update 10/12/12 – It’s looking more and more like FeedBurner is in a controlled shutdown. For help in switching to other services, please see the Ultimate FeedBurner Alternatives Guide, and Export FeedBurner RSS to MailChimp RSS to Email. 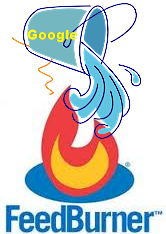 At NAMS, a presenter mentioned that Google is deprecating the FeedBurner API soon and the rumor mill has been cranking up about Google shutting down the FeedBurner RSS feed service altogether. Some bloggers are advising that you should switch to FeedBlitz. But, there are several important factors to consider before you do, especially since FeedBlitz is not entirely free like FeedBurner and the features it offers are a bit different. Here’s what we know to date, what we don’t know yet for sure, and what you need to consider before you make the switch.

Google paid around $100 million for FeedBurner in 2007. They made a few minor tweaks to it shortly thereafter and haven’t touched it since. For the past year and a half FeedBurner has been having intermittent issues with dropping subscribers and/or not sending feeds in a timely manner, or sending too many all at once. Google never bothered with fixes.

On June 3, 2011, the Official Google Code Blog announced that they were deprecating the Translate API. Near the bottom of that announcement, they also listed several other APIs that were slated for deprecation, including the FeedBurner API. That particular API announcement was actually made on May 26, 2011, but very quietly. They have since updated the announcement with the official end date, which is October 12, 2012.

On July 26, 2012, Google shut down the FeedBurner Twitter account without warning, along with the Adsense for Feeds blog.

What Does All That Mean?

Google constantly buys or creates, publicizes, mishandles, then drops new tools and apps all the time. Some we hear about more than others, like the ones they pay outrageous amounts of money to acquire.

So, the dropping of a few APIs didn’t really raise too many eyebrows. But, when the publicity and support accounts started shutting down, that got folks’ attention and may very well be a signal of a bigger change.

Check to See How You Are Using FeedBurner

You may be using FeedBurner in more ways than you recall at the moment. Here’s a list to jog your memory.

Is FeedBurner Shutting Down?

Millions of folks use the free FeedBurner service. There are long-standing WordPress plugins for it too, many of which redirect your site’s raw feed to Feedburner for more accurate statistics. These are radically important analytics for affiliate marketers who want to attract advertisers. Some sites have tens of thousands of subscribers.

So, is Feedburner going away? My hunch is that with this many folks making use of the service and depending on it that Google will make an official announcement with plenty enough lead time for folks to make other arrangements. Plus, there are a couple of other things to consider.

If Google shuts down FeedBurner with no direct replacement, they are just handing money to FeedBlitz. Now, does that sound like Google to you? Unless, of course, they have a secret plan to buy FeedBlitz. Okay, that sounds more like Google. (I’m just guessing here, don’t start another rumor!)

Another thing to consider is that Google has bet the farm on G+ and is tying everything into it. In fact, they finally released a Google+ API for it so that apps can auto-post to G+. So, maybe something is in the works for RSS feeds to tie directly in too.

Do You Need to Jump the FeedBurner Ship Now?

If you are an affiliate marketer and you need accurate analytics to show subscription rates to potential advertisers, you should already be on FeedBlitz.

If you have a podcast and you use FeedBurner to create the properly formatted file that iTunes requires, keep your eyes open for a plugin alternative. (Follow BlogAid’s Tips Tuesday posts and I’ll be sure to tell you which ones work best because I have a podcast too.)

If you use FeedBurner to auto-send your blog posts to your social media sites, the deprecation of the FeedBurner API on October 12, 2012 is probably going to knock that dead, unless you are using your site’s raw feed (which you should be doing for that purpose anyway). The API allows other apps to make use of the feed. Start looking for another way. (Hey, all of my social media guru buddies, leave a comment here to tell folks what they should be using instead. Be sure to let us know what platforms it works best with, or if it works with all.)

If you use FeedBurner for your newsletter, seriously consider doing something more professional anyway, like using MailChimp or Aweber. You can pair FeedBlitz RSS service with MailChimp email, which is still a free combo solution.

If you use FeedBurner strictly for the RSS feed of your blog or categories, you can stand pat for now. Or, if you want to give FeedBlitz a shot, the RSS feed portion is free. It’s the RSS feed by email portion that requires you to pay (that includes email marketing too).

Of course, in light of all this, FeedBlitz has made it super simple for you to switch with their FeedBurner Migration Guide.

Also, software developer Dave Winer has a nice thread going on two other ways to make the switch via Google redirection or mapping via CNAME.

Honestly, migrating the RSS feed using the Migration Guide is pretty straightforward and painless. However, migrating your email subscribers is another story. Consult the guide for more details.

How’s Your RSS Feed Use?

Tell us if you are making use of your feed. BlogAid certainly does, with wonderful results, so this is something I’ll be watching closely. Not to mention that I follow about 120 blogs on Google Reader and depend on it to keep up with my industry. Most of those feeds are on FeedBurner. How about you?