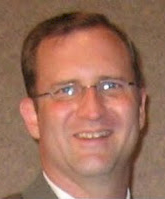 The Nashville area is fortunate to have several active WordPress and Internet marketing MeetUp groups including a Nashville SEO group hosted by Ross Jones, owner of 2TheTopDesign. In the April meeting Ross shared how he made $150,000 by including Google Adsense on one of his sites. Let me share with you what I learned from Ross’ nine years with his income-generating site, including how to get a high click-through rate and avoid getting banned.

Before I tell you what I learned, you may want to go visit the site that Ross used as a case study example in the meeting. It’s http://www.usa-flag-site.org/ and is all about the American flag. This is just one of his sites that help generate his total Adsense revenue.

I’m not going to cut Ross any slack here on the design because that’s what so many site owners think is the most important element. If anything, the case study on this site should prove to you that it’s not.

The site is not on WordPress. It’s a static site, which was common nine years ago when he built it. And, it has the design flavors that were typical then too. There are only about six core pages on the site and a forum that has a slightly more modern design flavor. In other words, it’s a little bit boring compared to today’s standards and trends.

The site doesn’t have pretty permalinks. There’s no opt-in list, no blog, and no social media links to follow the author. In fact, there’s only one indirect reference to Ross at all and that’s his link, in tiny text in the footer, for 2TheTopDesign.

With such a simple looking site you may be wondering how Ross makes money with it. After all, he’s not offering anything but info on the flag.

Did you notice the unobtrusive ads between the header and the content and then down the sidebar? Every time someone clicks on one of those ads, Ross makes money. On all his sites, the range can be $.50 a click and up to around $5.00 a click. Over time it adds up – enough to buy a modest house. (FYI, he also mentioned hearing of some super traffic sites that make as much as $18.00 a click!)

Let’s say I sell flag poles and I want to buy an ad with Google. The search engine knows what sites are ranking high for related content and/or sites that have the same demographic as my potential buyers. Google places my ad on relevant sites that are participating in the Adsense Program. In other words, some site owners allow their site to be used as a billboard for Google ads.

I bid on how much I’m willing to pay for every time that ad is clicked. That’s why it’s called Pay-Per-Click (PPC). The more I bid, the better a placement Google gives my ad. In other words, if I bid high enough, Google will put my ad on a billboard with a lot of traffic. For simplicity, let’s say I want to pay $1.00 per click.

Google thinks Ross’ site is highly relevant to the search word “flag” and is considered authoritative on that topic. That means it is likely to attract the kind of traffic that might be interested in seeing my ad for flag poles. So, that’s where Google displays my ad.

Every time someone clicks my ad, the $1.00 I bid per click is split between Ross and Google, meaning that they each earn $.50 and I get a well-qualified prospect. If that visitor buys a $500 flag pole, my ROI is through the roof for that $1.00 ad.

But, of course, it doesn’t work that way. It’s likely that many folks will click the ad, visit my site, and never buy anything. So, in a sense, I’m paying for traffic. But, it’s highly targeted traffic, and that’s what I crave.

Here’s the beauty of Adsense. After Ross sets up the initial parameters of his Adsense account to tell Google what his site is about and what type of ads he is willing to host, the whole thing runs on auto pilot for him. And, this is the best part, Ross gets paid for every click whether or not the visitor buys anything on the ad owner’s site.

With that kind of easy money up for grabs, you can bet that every Adsense site participant wants to ensure that the ads on their sites get plenty of clicks. To keep things fair, and to help foster a pleasant experience with the site visitors, Google has certain rules about what you can and cannot do with your ad display areas.

Ross broke one of those rules and got banned from Google Adsense for nine months. He didn’t mean to break it, and he learned two valuable lessons.

The Two Sides of Google

Like most corporations, Google is a big umbrella with many different departments and they don’t always talk to one another. In other words, the left hand of Google doesn’t know what the right hand is doing any more than most big companies.

The Adsense folks say it’s better to place ads near the top, above the fold. The Google Search folks say they will penalize any site that puts too many ads above the fold. They also don’t exactly specify what can be around the ads, sort of. There’s a bit of gray area in this matter and it’s what got Ross busted. He put some flag images just above the horizontal ads that run above the content. Then came along the rules enforcer branch of Google and banned him for image alignment breaches in the Terms of Service. In other words, you can’t draw attention to the ads with nearby images.

Learning the hard way that Google had this type of penalty about highlighting ads was one lesson Ross learned. The other lesson was that his wife really enjoyed the extra cash flow that site brought in. Needless to say, he was highly motivated to get that site un-banned. And he did by attending a conference where a Google Adsense police person was talking. After much begging and groveling, his site was reinstated.

Ross covered several other valuable lessons in the meeting, including the most popular ad sizes and formatting. Basically, there are certain ad dimensions that are more attractive to clicking viewers than others. And those sizes vary depending on where the ad is placed on the site.

For example, there’s a popular skyscraper size for the sidebar, a popular banner size for placement between the header and the main body of content, and a nearly square size to wrap inside the content.

It’s also best to format the ad placement areas so they naturally blend into your site. The ads can be as blaring as Google allows, but the area around them needs to be unobtrusive.

There are a lot of other factors that make Ross’ flag site a high traffic source and why he can attract the high-dollar PPC (pay-per-click) ads. They include domain age and length of term owned, and the type of SEO that drives traffic to a site in the first place. I’ve been picking up those little tips along the way as I go to more of these meetings. And, I plan to put those tips to use soon.

Google opened up AdSense to YouTube videos in December and is now offering free ads for select small businesses. I’ll definitely be checking into that for my free WordPress video tutorials on YouTube. And, I’ll be armed with all of the info I’ve gleaned from the meetings.

So, if you want to know all the details about making money with Google Adsense, ask Ross. Or, better yet, if you’re in the Nashville area, drop by the next Nashville SEO MeetUp group. Be sure to say hey to me, I’ll be there!