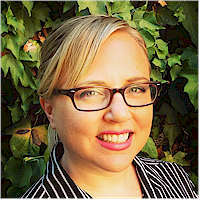 There’s a new WordPress news magazine in town called Torque. I first heard about it from Chris Lema, who has written a couple of feature articles for it. The tagline says that it is a WP Engine publication. And the header graphic says that it is The WordPress News Core, featuring the WordPress community experts and the WPDaily Archives.

Who’s Who at Torque

The editor is +Michelle Oznowicz whose LinkedIn profile says she is a Senior Web Editor / Contributing Tech Writer for both SOMA Magazine and WP Engine. That’s a little misleading as she has considerably more experience and was brought in from outside the WP Engine staff for this venture.

As for the other writers, I was surprised to see so few links to learn more about them in their post’s author boxes. I even found a couple of broken links. So, hoping they get this fixed for a multitude of reasons, the biggest of which is missing Google authorship perks. And, the second is that this is a community effort and we, the readers, want to get to know these folks.

In her first Letter from the Editor she says,

“Our goal with Torque is to create a hub for community building and offer a forum for WordPress news. Dedicated entirely to the advancement of the WordPress ecosystem, Torque operates on the open-source philosophy that together, we can accomplish more than we can separately.”

She goes on to say that,

“Torque will not shy away from controversy. Instead, when we feature biased or opinionated pieces, we will always try to represent both sides of an issue.”

What They Write About

The main categories of the news magazine include:

That last one is important, as there was a huge outcry from the community when WPDaily suddenly shutdown and made its content unavailable. Beyond angering everyone for the loss of super content that was somewhat community generated, it also created an avalanche of broken links for site owners who referenced it.

The editor states that Torque was already primed for its launch when WPDaily shutdown and they swooped in to grab up all that content to keep it live. That’s not all they grabbed. I noticed the blog posts from Torque showing up in my RSS feeds for WPDaily, which I hadn’t removed yet.

Torque has a little bit of everything in the WordPress universe. I’m looking forward to seeing what becomes of the Create category, as it is the most diverse right now.

I’m personally missing all the super plugin roundup posts from Jason Bradley and there is no indication they are coming back. In fact, Chris Lema said it was something he didn’t care about reading. Considering how many queries I get about plugins, and how much my Plugins resource page is hit, I’d beg to differ with Chris and think plugins are always a hot topic, and a good traffic draw for a site.

Torque does have a plugins tag, but most of those posts are from the WPDaily archives. We’ll see where they go with that.

WPDaily was a top read for a lot of WordPress folks. We’ll see if Torque is going to simply fill that void or create a very different voice for themselves. Michelle Oznowicz is already night and day different from Jon Saddington, so betting it will be the latter.

Go check out Torque for yourself. Let me know what you think.