See how the sweeping schema markup changes in Yoast SEO 11.0 directly impacts all themes, including Genesis, plus recipe plugins, Rich Pins, and Gutenberg.

UPDATE: 4/28/19 Be sure to read this entire post, as multiple sections have been updated.

What to Do Right Now

It is more important than ever that you get super familiar with what every SEO related theme, plugin, and markup on your site provides to ensure they are properly coordinated.

You don’t want to give Google a tangled mess to figure out.

Easy Ways to Keep on Top of the SEO News

There is no one-size-fits-all recommendation!

Be sure to read through this entire section before making any changes.

Make note of the outputs.

You can also click on the tabs to see the schema output for each, if you like.

If you are using Genesis your home page should look something like this: 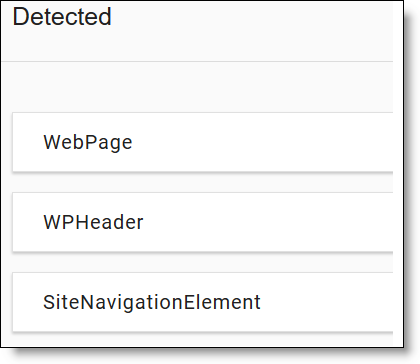 If you don’t see anything like this then your theme likely does not output any schema markup and you most definitely need it!! You’ve been missing out on a LOT of SEO that Genesis users have been getting.

If you see other entities then your theme or plugins are outputting other schema markup and you need to ensure they will coordinate with Yoast SEO now.

Check with your provider for more info.

Why Make the Move to Yoast SEO 11

The greatest positive impact will likely be to the post itself, which will now begin to serve rich data.

So, for those who already have a recipe plugin, the Rich Snippet you may see ranking in Google from the recipe plugin’s output could now also be followed by ranking the post that contains that recipe.

For those who have Rich Pins turned on for Articles, you could suddenly see more rich data on those pins and start doing better with them on Pinterest.

Before making any major changes to your site, always take a fresh backup.

See my WordPress Backup Checklist to ensure you are getting everything in your backups.

This is not an exhaustive list of themes and plugins.

Be sure to check with your theme/plugin developer for the latest update and recommendations before making these changes.

Feast Design released an update to their paid plugin that disables Genesis schema markup so you can use Yoast SEO 11. If you are using one of their themes (like Foodie Pro, Brunch Pro) and have that paid plugin, that may be your best bet. Update their plugin first, then update Yoast SEO. You will not need to take any other measures for your schema markup output on your theme if you use this method.

Divi Theme Users announced in their Facebook group that a fix had been issued. I have not verified this yet.

As of 4/28/19 he has confirmed that no plans are in the works for such a feature to be included in an upcoming Genesis release in the near future. That may change, but for now, use this plugin.

Use this plugin only if your theme developer has not provided another way to disable the schema markup in Genesis!

Simply install the plugin from the WP plugins repository. There are no settings.

It will not disable schema markup output by other plugins, like for recipe plugins, as far as I have tested.

It only impacts the schema markup output by the Genesis theme.

After you have disabled the schema output in your theme, or if your theme never output schema markup, then you are ready to update the Yoast SEO plugin to version 11.

Be sure to clear your cache. See How to Delete Cache Everywhere

Then run your three links through the Google Structured Data Testing Tool again.

If you are not using a recipe plugin, or don’t have one on that page, of course it won’t have the Recipe tab, just Article.

Don’t let the lack of tab entries fool you!

You can click on the tab to see that the actual schema output contains WAY more tags and info provided by Yoast.

Following is a brief explanation of what’s happening with this major change, why it happened, and how it will impact our site’s future, especially with Gutenberg.

It includes THE most all-encompassing, modern schema markup of any plugin (or theme for that matter).

It uses JSON-LD markup, which is the type preferred by Google.

And it attempts to tie every aspect of a page or post together into one cohesive set of related content so Google can make the best sense possible of it.

Briefly, it is a special set of tags that tells search engines that a bunch of data/content is related.

Good recipe plugins have been using schema markup for a few years now.

Those tags tell Google that the ingredients, prep time, how-to steps, cook time, and even the picture of the dish all belong to a recipe. The tags can also include a star rating too.

See the Best Recipe Plugins for SEO and Speed for more.

The two major schemes are:

Microdata was the early frontrunner and was once preferred by Google. That’s why the WP and the Genesis theme framework adopted it.

But, that has changed.

JSON-LD is a more modern, and inclusive way of building schema markup.

And what Google wants, themes and plugins better deliver or they are not helping their users out-rank the competition.

JSON-LD is JavaScript based – and that’s the coding language WordPress, themes, and plugins are all converting to.

These are the main reasons we want to switch to allowing the Yoast SEO plugin to output the bulk of our schema markup.

Genesis was the first major theme framework to begin supporting schema markup (like a few weeks after WP began supporting it).

But, if your Genesis child theme did not also support it, you did not receive the benefit.

While Genesis started out with top-level schema that differentiated a post (article) from a page, they changed all of them to CreativeWork instead, due to some themes having custom taxonomies, like those for real estate or products.

But, they have let that lead slip by not keeping their SEO output up to date with Google’s preferences.

However, two of the reasons Genesis remains the industry leader in theme frameworks even today are their super clean, fast code along with their immediate response to the inclusion of Gutenberg in the WP core.

The Yoast SEO 11 plugin takes care of the older SEO output by Genesis themes. However, it also opens the door to more theme competition, as other theme frameworks may now be on level footing, at least with regard to SEO.

Why Yoast Did This Now

One of the biggest surprises in the Yoast SEO 11.0 release is how badly it conflicts with Genesis native SEO.

That, in spite of the fact that Joost de Valk (the lead dev of the Yoast plugins), has been a huge proponent of using Genesis for years.

Plus, several of the Genesis native SEO features back out gracefully when Yoast SEO is installed.

So why in the world would Team Yoast deliver such a radical change without at least giving a heads up to the Genesis folks so they could release a simultaneous update to keep all the markup from suddenly doubling?

Or, maybe Joost did and it fell on either deaf ears, or folks too buried in other updates to take it on right now because of Gutenberg.

Or, maybe too many other SEO plugins have outpaced Yoast in supporting full schema markup output and he is losing market share.

Maybe Yoast just wanted to pull us, and his plugin into current SEO standards and not wait on theme and plugin devs to get with the program.

More Updates on the Way

Team Yoast has been on a bullet train with updates to the SEO plugin, including the major Gutenberg-related updates that started in version 8.x.

Putting content into blocks makes it modular in so many ways so that special attributes can be added to each block, such as:

Team Yoast is right on top of these advantages and is already introducing features that are Gutenberg exclusive, such as schema markup for how-to type posts.

That’s HUGE for craft and lifestyle blogs, and means that you don’t need an extra plugin for it.

They don’t want to compete with it.

If they are smart, they will want to tie into it.

That way their plugin, and your content, get the greatest SEO benefit.

This will affect all plugins that output schema now, like:

So hang tight and give developers the time they need to react and get onboard.

I’ll have updates and recommendations as this unfolds.

Get Deeper Info and News

My Site Audit Plus clients, Webmaster Training members, and DIY SEO course members will always get first word and deeper discussions in our private Facebook groups.

If you are a DIY site owner or designer – get with these programs and get the support and help you need, when you need it.